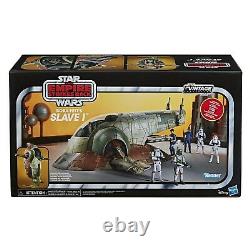 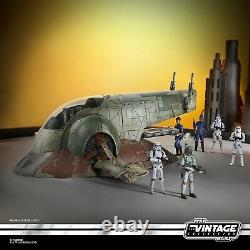 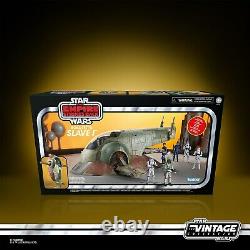 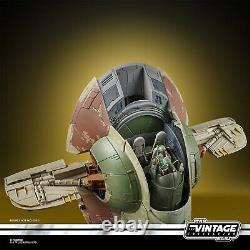 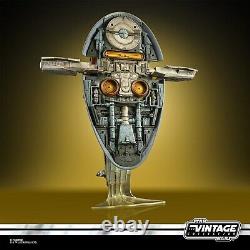 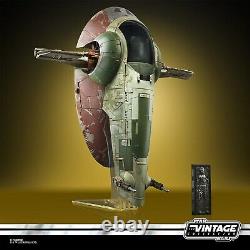 This listing is only for the. PLEASE NOTE DUE TO RELEASE 24th DECEMBER 2020! Journey to a galaxy far, far away and enjoy this piece of official Star Wars Merchandise, the Slave I! The Slave I was Boba Fetts Starship.

In Star Wars: The Empire Strikes Back (1980), Boba Fett is hired by Darth Vader to track down and capture the crew of the Millenium Falcon, specifically Han Solo. He is one of the most feared bounty hunters in the Galaxy, wears customized Mandalorian. The Slave I Starship was a modified Firespray 31-Class Patrol and Attack craft used by Jango Fett before the Clone Wars. Jango Fett is the father of Boba Fett, who was actually a clone of his father. Jango Fett was an infamous Bounty Hunter, and his son continued his legacy and inherited his starship.

Celebrate the legacy of the iconic Star Wars Saga that spans over four decades! This action-packed saga from a galaxy far, far away, has influenced almost every aspect of pop-culture and accumulated millions of fans around the globe. The Star Wars Vintage Collection features premium 3.75 inch scale vehicles from the Star Wars movies and high-quality character figures. This Star Wars Toy features premium detail and design across product and packaging that is inspired by the original line of Star Wars Toys, as well as the cult-classic films. This Star Wars Snowspeeder replica Toy is inspired by Star Wars: The Empire Strikes Back (1980) and would make a great gift for any Star Wars fan or collector. Look out for your favourite locations, vehicles, starships and characters, or collect them all! Dont miss out on recreating your favourite scenes from the Star Wars film series, or imagining your own incredible missions and battles between the heroes and their enemies. Let your imagination run wild as you take the wheel of one of the most famous and well known starships in the Star Wars galaxy. Star Wars products are produced under license from Lucasfilm Ltd. Slave I: The deadly Slave I was infamous for its association with two bounty hunters who wore Mandalorian armor: first Jango Fett, then it was inherited by his clone son, Boba Fett.

Iconic Star Wars Vehicle Replica: This toy Slave I vehicle is inspired by the starship in Star Wars: The Empire Strikes Back, and makes a great gift for Star Wars collectors and fans ages 4 and up. Premium Quality and Design: With realistic detail including an opening cockpit, functioning landing gear, separating wings, and a ladder accessory, the Star Wars Boba Fetts Slave I toy can be displayed in action figure and vehicle collections.

Please be advised that your order may take longer to receive due to carrier volume issues and increased processing time due to pandemic protocols. Thank you for your understanding and patience. The item "Star Wars The Vintage Collection Boba Fett's Slave 1 Brand New / Sealed" is in sale since Monday, November 23, 2020. This item is in the category "Toys & Games\Action Figures\TV, Movies & Video Games".

The seller is "zavv_36" and is located in Birmingham. This item can be shipped to United Kingdom.