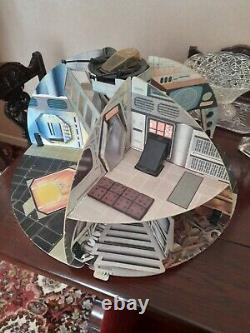 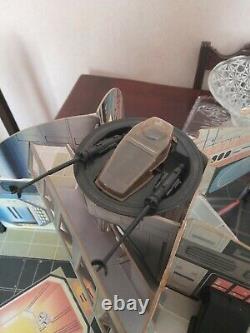 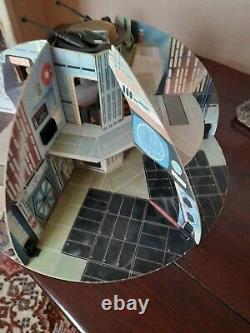 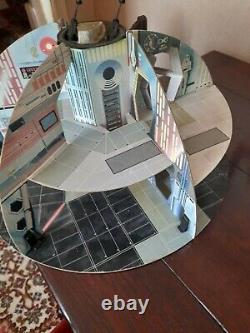 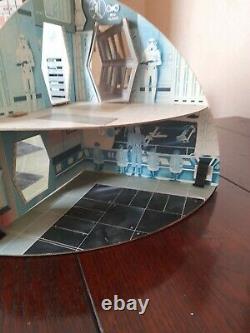 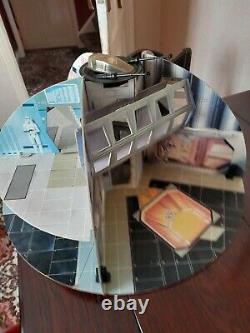 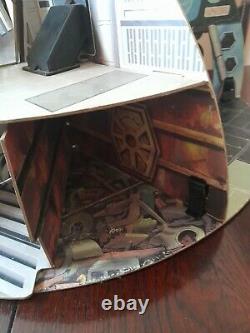 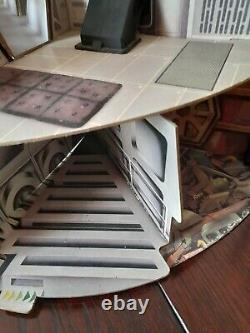 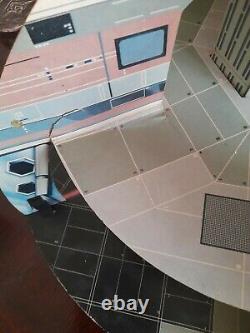 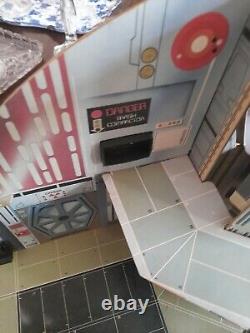 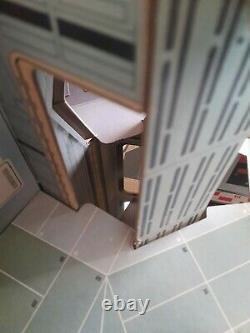 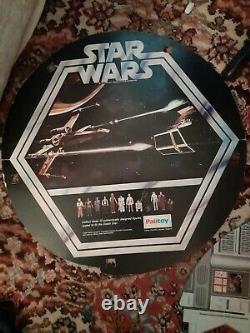 So I remember moving to the USA in 1981 and my friends there had the Kenner death star of which I was faintly jealous at the time- they had this big multi story action packed plastic playset where I jut had this cardboard dome. 40 years later though I feel vindicated.

Whilst Palitoy cut corners nd produced cheaper versions of the x-wing landspeeder, land of the jawas cantina and droid factory for the poorer UK market, they passed over the kenner death star and came up with a totally different design for the death star and as the collector's market picked up in the 1990's, it became clear that the UK cardboard version was not only very rare, but extremely desirable and it has soared in value over the years, as only a few thousand were made most of which were lost, thrown away, damaged or lost some or all of the many fragile parts that make it up. Maybe only several hundred nice specimens exist and only a handful change hands every year.

This I'm very pleased to say is one of the better examples. It is missing only one part: the round cardboard hoop that the gunner housing sits on at the top, though the gunner station sits atop very well without it and you'd barely notice it wasn't there. This can be sourced relatively cheaply with a little patience. Other than that, this bad boy has every clip, every cardboard part, every plastic part, the garbage chute- the lot.

It's in great condition for it's age- there's a small tear in one cardboard part-as can be seen in the pictures, and the lid for the gunner station is a little yellowed with some small cracks- but otherwise, it's robust and in excellent played with condition. The trash compactor door and tab are solidly attached with no tears or damage, nor does it suffer from the other common conditions that this fragile playset usually has. Please see pix for exact details I'd give it an 8.5 to 9 out of 10 Any problems with the order, please let me know before leaving any feedback. I'm here to help out. The item "STAR WARS VINTAGE PALITOY DEATH STAR NICE CONDITION 99% COMPLETE L@@k" is in sale since Monday, August 16, 2021.

This item is in the category "Toys & Games\Action Figures & Accessories\Action Figures". The seller is "davmat-oy3yv" and is located in Bridgend. This item can be shipped to United Kingdom, North, South, or Latin America, Japan, Ireland, Australia, Germany, France.